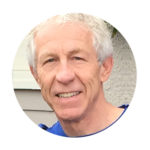 Ed’s acting career started in the family living room in the town of New Haven, CT, where he was born. He was the impersonator and funny man and along with his Dad, the jokester of the family!  “My Dad would drive 10 miles out of his way to pull a 1 minute joke on somebody” says Ed!

In the fall of 1968 and after the family car broke down, his dad took him to an audition in a small boat, up the cold Connecticut River to audition for the Goodspeed Opera House’s first ever production of Peter Pan! Ed knew that if he landed the part, acting would play a big role in his life. Well, he won the part of Nibs, one of the lost boys, and he was fortunate to appear on the infamous Goodspeed Stage (where Annie was born) with Broadway star and Tony nominee, Nancy Dassault of TV’s Good Morning America, Too Close for Comfort and Mad About You!

Ahhh yes, the bug had bitten! From there, Ed was selected with his Dad to star in a commercial for Sunkist oranges. And then came high school — girlfriends, tennis, boating and all of the other distractions a teen could ever hope for in life…that put his acting on hold. Once in college, he was back on stage and loving every applause!

Distractions have a way of knocking all of us off course, and another one came when he decided not be a journalist and instead become a flight attendant for United Airlines — a 34 year career who’s best part was meeting his wife and love of his life — Nancy! Throughout his career at United, Ed managed to begin acting again on stage and TV, most notably staring in the on-stage musical Barnum and also Witness for the Prosecution!  During that time he acted in numerous TV commercials and began expanding his acting to voiceover.

Nancy, being raised in Seattle, enticed Ed to move to the beautiful PNW. After moving from the east coast to Seattle, in 2000 he immediately set up his home studio and began a full time VoiceOver career.  In 2006, Ed and Nancy discovered Camano Island, where Ed is also a referral agent with Windermere and where Nancy enjoys performing music throughout the region with her incredible duo, Heartstrings!

Today Ed is a full-time VoiceOver artist and voices commercials for radio and TV. He’s been heard on commercials for Nike, Levi’s, Microsoft, Arby’s, Subway, Cambridge College, Coastal Community Bank (yup, he’s their voice) and hundreds more. He voices video games for Nintendo and virtual reality characters for Microsoft’s Halolens, documentaries, corporate videos and anywhere else a voice might be needed — like the Camano Island Radio Theatre!

Ed is the founder, producer and director of the Camano Island Radio Theatre. He is also in the cast. He is thrilled to be performing with such a talented cast and crew and would like to welcome all of you to “shut down” and come down to one of their performances for an imagination experience you’ll never forget! Oh, and if your car breaks down before the show…give Ed a call — he might just pick you up and row you over to the show! 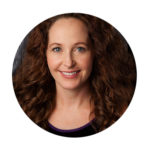 Charlene got her acting start performing in Community Theater and local commercials. She had a small part on the Bill Nye the Science Guy Show and was an extra in a major motion picture in the mid nineties. Her life then sent her traveling and eventually starting a family. She lives on Camano Island with her husband and two rambunctious boys. She has never lost her love for acting and is so happy to be a part of the Camano Island Radio Theatre troupe for the first time! 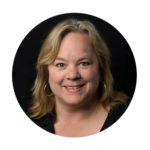 Jill A. Likkel, is a Bellingham based character actor and singer.  Jill sings regularly with the Skagit Opera chorus(now known as the Pacific Northwest Opera) and was in their recent production of Carmen this past fall and Norma last spring.  On the acting stage, she was recently performing in the world premiere of an original musical play, Come With Me If You Want to Live, at the Idiom theater in Bellingham to sold out shows.

Along with being in multiple shows at the Idiom Theater and Skagit Opera, Jill has played on the stages of Shakespeare Northwest, Claire VG Theater, Bellingham Theatre Guild, and sings with the Whatcom Chorale. Jill also sings jazz and blues as often as possible.

In her other life, Jill has been a square rigged sailor, commercial fisherman, sailmaker and more recently, a licensed acupuncturist and herbalist practicing in Bellingham for the past 17 years.

Jill would like to thank her husband Jeremy for his flexibility in rolling with all the changes. A very special shout out to voice teacher Edward Cook who not only taught her to find her voice but helped her to have the loudest scream in three counties without damaging her vocal chords. Lastly, thanks to Guy Smith for introducing her to this wonderful group, the Camano Island Radio Theatre Players. 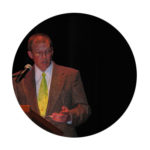 After graduating from Washington State University (Go Cougs!), Guy Smith was hired in 2004 by Whatcom Community College, where he is now a Professor of Communication Studies and the Division Chair of Social Sciences and Business. Though he teaches a variety of courses (and oversees 20 disciplines and programs), his specialty is teaching performance-based topics such as public speaking and the oral interpretation of literature. Coupled with three decades of umpiring baseball, he has given numerous professional speeches on the topic of baseball; his favorite being on umpires and rules at the Cooperstown Symposium on Baseball and American Culture at the National Baseball Hall of Fame in Cooperstown, NY. Unironically, his most recent professional speech was one he co-presented on how to give better speeches at the Whatcom Community College Foundation Chautauqua in Bellingham, WA.

Beyond academia, baseball, and speaking, Guy has performed in dinner theater (including as a clown in Make ‘Em Laugh), reader’s theater (a handful of children’s stories at various locations), and stage productions (including Richard III (George, Duke of Clarence) and Taming of the Shrew (Hortensio) with Shakespeare Northwest). He has also performed in staged radio productions of The 39 Steps, A Christmas Carol, The War of the Worlds…and in Camano Island Radio Theatre’s first season he performed in Fibber McGee and Molly and Sam Spade.

Guy would like to thank his wonderful family and friends for all of their support and encouragement…and the cast of Camano Island Radio Theatre for their camaraderie and collaboration. But his biggest thanks go to you for taking the time to partake in the revival of this wonderful art form. 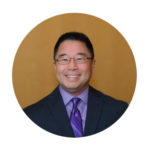 Curtis Takahashi has been performing live sound effects for over a decade. His craft has been featured on Imagination Theater, Seattle Radio Theatre, Radio Enthusiasts of Puget Sound, KING-TV’s Evening and KPLU. He has also written a number of radio scripts that have been produced by Imagination Theater including his detective series “Phoenix Rising”.

Curtis holds a Bachelor of Arts degree in Interdisciplinary Arts & Sciences from the University of Washington Bothell. He currently serves on the Seattle Radio Theatre and FIRST Robotics Boards of Directors as well as the UW Bothell Alumni Council. When not creating sound effects you’ll find him running (he finished one marathon), writing, playing music, golfing or enthusiastically supporting Sounders FC. 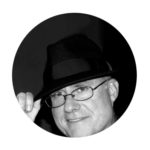 Many people have referred to Christopher as a modern day Renascence man — he truly fits that description. He was awarded a scholarship to the famed Juilliard in NYC and has earned a Bachelor of Arts degree in both music and dance. He is a member of Actors Equity and the Screen Actors Guild and has performed both on stage and in film during his career.

Chris plays 18 instruments, including several string instruments, the piano and keyboards — however, the woodwinds are his specialty. Chris is the Music Director for the Art By The Bay Festival again this year with an additional day added, July 7th 8th & 9th, 2017.

Chris and his wife, Cynthia are the owners of Forté  *Music *Dance *Art on the North end of Camano Island. Forté has a cadre of excellent professionals.    Chris as the Artistic Director and instructor of ballet, tap, jazz, ballroom dancing, sax, clarinet, flute, voice and piano offers a variety of opportunities for the young and the young at heart to learn and enjoy the arts.

Forté represents eight to ten artists at Forte’s Art Gallery where Chris’s photography, drawings and paintings are also on display. His work can be seen locally at the Stanwood Library, Everett Clinic and the Camano Center.  May 12th, 13th, 14th, 20th & 21st will be the fifth year that Forté and Chris’s artwork will be on the Camano Island Studio Tour.

Last year his artwork was also seen at the Eagle Festival, the Unclad Art Show and at the Art By The Bay Festival. Since returning to the Pacific Northwest from Washington D.C., Chris has performed in, choreographed, was the musical director and directed ten shows, most of which were presented at McIntyre Hall. Chris’s most recent stage performance took place in December 2016, dancing in the Nutcracke,r portraying Mr. Stahlbaum.

Besides performing in New York City and throughout the states, the performing arts have taken Chris around the world. He feels fortunate to have been able to experience different people and their cultures while documenting his travels as a photographer.

Chris was drawn to Camano Island for its beauty — a visual artist’s paradise! Chris is excited to be in his second season with the Camano Island Radio Theatre Company, where he is enjoying writing, playing and directing the music for the shows as well as portraying several roles. Chris & Cynthia are looking forward to the company performing once again at Forté this coming March 18th. There will be two performances that Saturday — A 3pm matinee and an evening performance at 7pm. 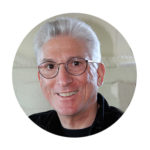 Phil was Born in Cincinnati Ohio and grew up in the suburbs of Detroit (Allen Park, Livonia and Farmington).  Then in 1980 he traveled west to Seattle, were he met Janet his soul mate of 35 years. Now they call Camano Island their home.

Growing up, Phil’s father managed a small drive-in movie theater.  Some of his earliest memories are of being with his father in the projection room as the movies splashed across the giant screen  — this was his first exposure to the performing arts.

Then one Saturday morning in the early 1960’s Phil saw a magician on TV take a newspaper form a cone and then pour a pitcher of milk into it. Then he waved his hand, opened the paper and the milk was gone!  Amazed, Phil then went to the kitchen armed with the morning paper, grabbed a pitcher of orange juice and proceeded to vanish it all over the kitchen floor. Seeing his eagerness, Phil’s father took him to the library and bought him a book on magic. Bitten by the bug, Phil gave his first performance in front of his 3rd grade class during show and tell.  As he entered Junior High and High School, he started performing for birthday parties and Social gatherings around the Detroit area.

During this same time period, when Phil was a teen, his mother saw an ad looking for a magician to play the part of Merlin for a small community theater group. Phil auditioned and got the part, this was his first exposure to community theatre were he went on and performed in several productions over the years.

Though he loved performing, Phil’s other love was airplanes. So instead of seeking the footlights, he reached for the sky. Currently Phil serves as a senior captain with Alaska Airlines.

To fill the performing need, Phil stayed active in magic and now specializes in Thought Reading and Mystery performing – he likes to call himself  a “Paranormal Entertainer”.  Phil says “Joining the radio group is a dream come true and has provided me an opportunity to work with and learn from very talented people.”